Children are born scientists. From birth, they start exploring their world and building an understanding of how things work and how we communicate. They are ever-curious and have lots of questions. To encourage children’s curiosity and keep up with their questions, educators in early learning settings need to build their own scientific understanding and become knowledgeable co-investigators. This module explores how new media and a podcast by ABC Kids listen, called Imagine This, can be used by educators to build scientific content knowledge. It also shares some of Dr Nij Lal’s simple scientific explanations, along with a collection of resources to help educators engage effectively in science with young learners.

This module  builds on the concept of scientific content knowledge and shares some of Dr Nij Lal’s simple scientific explanations, along with a collection of resources to help us engage effectively in science with young learners.

Get this module as part of an annual subscription.

Dr Kate Highfield is an experienced teacher and researcher with an interest in how technology impacts learning, pedagogy and play. Prior to moving to Swinburne University of Technology, Kate spent over a decade working as a classroom teacher and then ten years working as a lecturer at Macquarie University in the Institute of Early Childhood and as a research fellow at RIPPLE (Research Institute for Professional Practice, Learning and Education).
Kate researches the impact of technology as a tool with young children, parents and educators. Kate’s current research focuses on the use of technology in the areas of Science, Technology, Engineering, Arts and Mathematics (STEAM), with a focus on touch technologies and tech-toys, including Interactive Screens, Tablets, iPads, robotics, smart toys and smartphones.

In 2012 Dr Niraj (Nij) Lal graduated as a Gates Scholar with a PhD in physics from the Cavendish Laboratory, University of Cambridge. In 2016 he was named one of the ABC’s Top 5 Scientists Under 40 for his research on solar cell nanophotonics, and in 2017 got his first gig on ABC TV with Todd Sampson’s Life on the Line Series, followed by shows with The Discovery Channel and ABC iView.
He has written two children’s books about science and has taught science at levels ranging from pre-school to post-graduate. Niraj presented his first Catalyst on ABC TV in 2020 and is the current host of ABC Imagine This, Principal at AEMO, Physics Consultant to the ARC Centre of Excellence for Exciton Science, Visiting Fellow with the ANU Centre of Sustainable Energy Systems, Director of First Principles and Founder of TheKnews.org. Previous jobs include being a long-line tuna fishing boat deckhand out of Coffs Harbour, a bicycle courier in Perth, and Lecturer of the Renewable Energy course at the ANU. More info can be seen at his website www.nirajlal.org 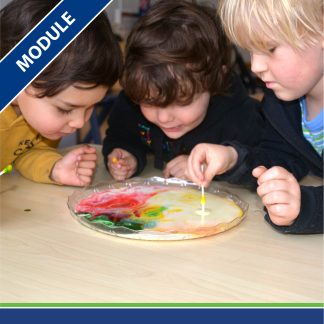 You're viewing: ABC Kids: Exploring science content knowledge with Imagine This $0.00
Add to cart
Don't forget to assign your users