Alfred’s War is a powerful story that unmasks the lack of recognition given to Australian Indigenous servicemen who returned from the WWI battlelines. Alfred was just a young man when he was injured and shipped home from France. Neither honoured as a returned soldier or offered government support afforded to non-Indigenous servicemen, Alfred took up a solitary life walking the back roads – billy tied to his swag, finding work where he could.

Rachel Bin Salleh’s poignant narrative opens our hearts to the sacrifice and contribution that Indigenous people have made to Australia’s war efforts, the true extent of which is only now being revealed. 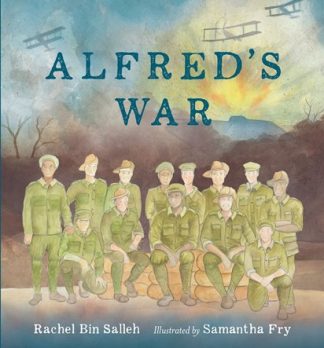