It is Maddie’s first day of school and she has everything ready – her uniform, shoes, socks and hat. But there is one special thing that Maddie can’t leave behind – her blanky! Award winners Penny Matthews and Liz Anelli team up to bring us this wonderful picture book about the excitement of going to “big” school for the first time.

About the author
Penny Matthews has written more than thirty books for children and young adults. She writes in a variety of genres and has won many awards, including the Children’s Book Council of Australia Book of the Year Award and the Davitt Award for Children’s and Young Adult Literature. She is based in South Australia.

About the illustrator
Liz Anelli previously lived and worked in England but now resides in Newcastle, NSW. She has a huge passion for drawing and keeps rows of sketchbooks in her studio. In 2017, her book Desert Lake: The Story of Kati Thanda-Lake Eyre (written by Pamela Freeman) was a CBCA Notable Book and was short-listed for the NSW Premier’s Literary Award, NSW Premier’s History Awards, the Environment Award for Children’s Literature and the Educational Publishing Awards. 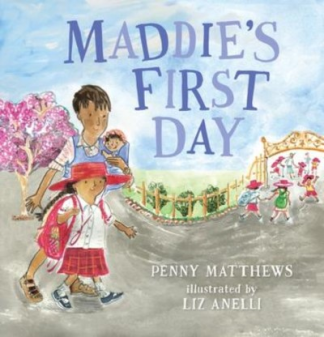